Residents get special sessions to improve fitness and coordination

It was seconds out, round one as residents and staff of a Caernarfon care home showed off their hooks and jabs with a boxing fitness coach who has worked with top actors and sports stars.

At Bryn Seiont Newydd Henry, 21, used his experiences to put a group of residents through their paces with a special session aimed at helping their co-ordination and he was delighted at the results.

The former Welsh schools light-heavyweight title-holder from Llandudno said: “I really enjoyed it and more to the point, so did they and they showed great co-ordination and hand-eye speed as well.

“I think it could be very useful to people suffering from dementia because we have just seen with the residents that it’s like responding to hand signals – when I bring up my left hand then they know to throw their left.

“It’s like meditation because once you’re doing it you are thinking about nothing else. The residents can follow the movements and they can easily do it sitting down.

“It’s something I’d really like to do more of because I think there’s a real benefit.”

Bangor has a rich boxing history with Welsh boxing champions like 1970 Commonwealth Games silver medallist Dave Davies and one resident, Ron Brown, who worked in the city’s boatyards, knew Dave and his brothers, Les and Steve.

He said: “I did a bit of boxing. I was a lightweight and quick around the ring.

“I knew Dave Davies and his brothers but my favourite was Rocky Marciano.”

Former nurse Daphne Egan, originally from County Galway, in the Republic of Ireland, also showed a tidy jab during the exercises and is another sports fan, especially the Gaelic sport of hurling.

She said: “It’s been good fun and I enjoyed myself doing the boxing. I’m in my 80s now but I’m still keeping fit, it’s very important.

“I always loved sport, not so much boxing but hurling and football – hurling is my favourite.”

Carer Tanya Tate, from Caernarfon, joined in with the class and she said: “We do a lot of activities with the residents and they love it and they really enjoyed the boxing.

But there’s something to do every day here, whether it’s singing and dancing or artwork and it’s good to get them moving.

“I love it here too – I’ve never worked in care before and I never thought I’d enjoy it as much as I have. They all joined in today and had a good time.”

Bryn Seiont Newydd Manager Sandra Evanbs said: “Mental and physical fitness are very important to us at Pendine Park for movement and stimulation so we organise lots of different activities.

“These can involve the arts and music but also more physical activities like shadow boxing and the most important thing is that the residents laugh a lot and enjoy it and they certainly did that with Henry.”

Former Ysgol John Bright student Henry, who lives in Llandudno, is a personal trainer who runs fitness classes and one-on-ones through the week and specialises in boxing for fitness as well as other training methods.

His qualifications include certificates in personal training from the Premier Global National Academy of Sports Medicine and in boxing skills and fitness from former world lightweight champion Ricky Hatton’s Academy in Manchester and Tony Jeffries’s LA gym.

Henry said: “I took up boxing at 14 and ended up becoming a Welsh Schools Boxing Champion but due to injury I was unable to continue.

“I didn’t want to give up my passion so thought I’d do the next best thing and train people and change their lives.

“I’m really enjoying what I’m doing and it’s incredibly rewarding and I train both boxers and people looking to improve their general fitness.

“I’d love to work in LA again one day. But I really want to coach boxing around the world, to introduce it to more people and show them the benefits.”

How to talk to your relatives about dementia » 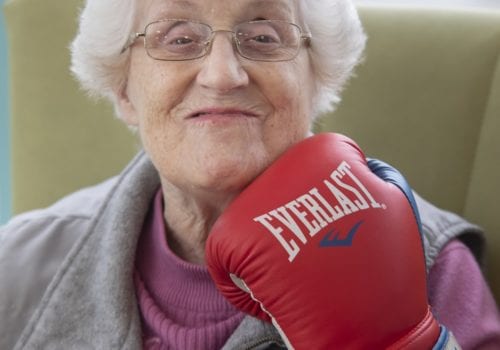