With loneliness being described as a public health emergency and an epidemic, Beth Britton writes about what can be done to support older people better.

Loneliness is one of the hottest topics around Christmas time, but for all the commentary on loneliness during last month’s festive period, it was listening to a 16-second clip of an 85-year-old woman who phoned the police because she was frightened and alone that I found most impactful.

You can clearly hear the immense distress that had led this lady to phone the emergency services, and it’s no surprise that the recording of her call went on to form part of the Avon and Somerset Police campaign to tackle loneliness.

One of the key things the lady mentions is that her husband is no longer here. Age UK’s pre-Christmas survey for their ‘No one should have no one to turn to’ campaign highlighted the plight of people who have been widowed – and how this is a real cause of loneliness.

“Nothing can prepare you for losing the love of your life. That first Christmas on my own was a particularly difficult time. Everyone else seemed to be enjoying the festivities, but it made me feel even more alone.”

It’s important to bear in mind the extent of bereavement facing people in later life. While anyone who has been bereaved can probably relate to Colin’s sentiments, the potential loss of a spouse, sibling(s) and friends means loneliness is a particularly chronic issue for older people.

The effects of loneliness

Loneliness, of course, rarely exists alone. It often fuels depression, anxiety and other mental health problems. It can also contribute to physical health issues, like heart disease, stroke and the development of dementia.

The feeling of having nothing and no one to live for, no purpose, and potentially little structure or routine in daily life is deeply damaging. It is also largely underestimated. Furthermore, because the inherent nature of loneliness is being alone, it frequently remains unspoken about behind closed doors. People who experience loneliness often feel that they have no way of improving the situation they find themselves in.

Mechanisms for combatting loneliness in older people mostly exist in the charitable sector. Organisations providing befriending and friendship services include:

There are many local initiatives too. A report from the Campaign to End Loneliness and Age UK entitled ‘Promising approaches to reducing loneliness and isolation in later life’ provides some fantastic case studies from around the UK. Although this report is now five years old, many of these initiatives are still going strong, alongside new ones like GoodGym’s Coach Runs.

If older people are to be supported to stay independent at home for as long as possible, combatting loneliness is as important as other public health policies like adopting positive eating habits and remaining physically active. Whilst I’ve highlighted some of the initiatives aiming to alleviate loneliness, ensuring that people like the 85-year-old lady who phoned the police know about these services requires a huge public information campaign.

We can potentially all be part of such a campaign. Share the information in this blog with older loved ones, friends and neighbours. Support the charities who provide many of the services I’ve mentioned. In doing so, we can only hope that next Christmas the headlines about loneliness won’t include distressed 999 calls, and instead be more focused on ways in which people have been lifted out of loneliness, much like Terrence, whose story was featured by the BBC before Christmas.

Beth Britton is an award-winning content creator, consultant, trainer, mentor, campaigner and speaker who is an expert in ageing, health and social care https://www.bethbritton.com. 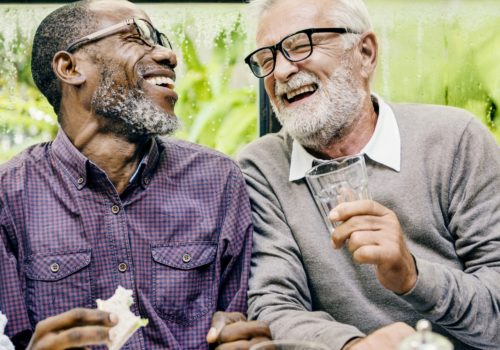