Elderly care home residents enjoyed entertainment of an unusual sort when they attended a drag act in Chester Le Street.

Residents from Pelton Grange Care Home, on Front Street, took a stroll to the nearby community centre to watch the show.

Resident Norma White said: “I’m so pleased I went. I laughed so much.”

Lindsay Sale-Thorn, activities coordinator at Pelton Grange Care Home, said: “Initially, some of the residents were concerned it wasn’t their cup of tea, but after a couple of numbers they really enjoyed it.

“None of the residents had ever experienced anything like a drag act before and we thought it would be great fun for them to do something totally different.

“It’s not often our village community in hosts something like this and we wanted to support Pelton Community Centre.” 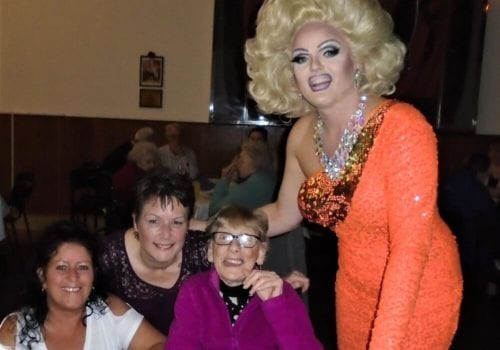