The Orders of St John Care Trust presented Dursley care home resident, Daniel Granger, with an iPad Air 2 and an engraved trophy during a ceremony celebrating his victory in OSJCT’s first-ever ‘Trust’s Got Talent’ competition. 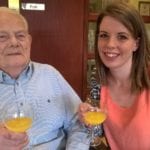 Daniel Granger, 90 of Henlow Court, won this year’s contest following his entry, featuring an organ rendition of ‘You Are My Sunshine’ with vocals from Henlow Court carer, Claire Smith, 24, being voted the best among 15 entries. Daniel’s entry received the most likes on Facebook, 447, within a 48-hour period from 1st to 3rd March.

OSJCT’s ‘Trust’s Got Talent’ competition, which reached over 56,000 via social media was designed to encourage care home residents to get back into old hobbies and showcase their talents – from singing, dancing and playing an instrument to poetry reading. 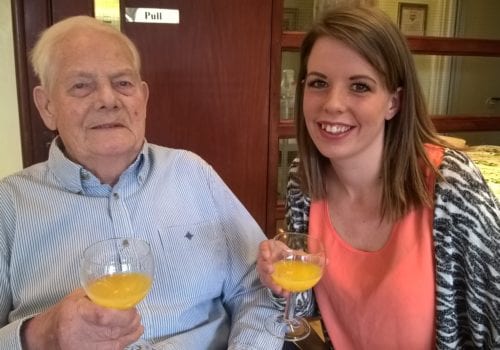