More than ten dedicated care professionals from the Orders of St John Care Trust (OSJCT) have received prestigious medals from the British branch of the world’s oldest order of chivalry – the Sovereign Order of Malta.

Fourteen members of OSJCT’s team attended The Order of Malta’s St John’s Day Ceremony at Brompton Oratory in London on 23rd June. Hundreds of other people, including Knights and Dames of the Order, the Venerable Order of St. John and World Ambassadors, were also present.

Kevin Hall, OSJCT’s Operations Director said: “Each year, the Sovereign Order of Malta recognises some of our finest care employees, and this year is no different. The fourteen recipients of the Medals of Honour are some of the hardest working employees within the Trust and we are delighted that they are part of our team.

“Delivering the highest level of person-centred care is our utmost priority, and being awarded such a prestigious national award is a testament to all of the passion and dedication our team put into meeting the needs of each and every one of our residents.”

The Order of Malta is one of the sponsoring Orders of OSJCT (the other being the Venerable Order of St John), and it provides eight of the organisation’s Trustees. The Order’s mission is to help those in need, and OSJCT’s provision of care for older people forms part of this mission. 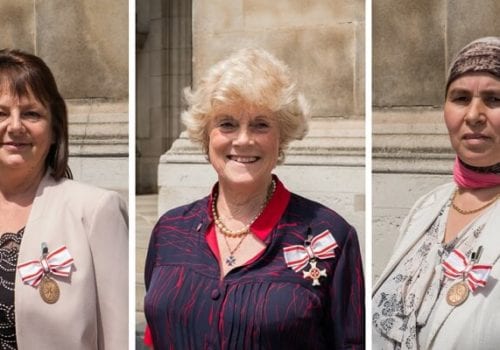