Music is a catalyst to spark conversation, evoke memories, promote calm and lift the spirits, so Music for Dementia is asking the UK to make time to listen to music with a loved one for 30 minutes a week to mark World Alzheimer’s Month this September.

Its #powerof30 campaign, supported by actor Christopher Eccleston, aims to get people benefitting from the power that music has to promote and support wellbeing, which for many is at a critical low after lockdown.

For the 850,000 people in the UK with dementia – of which the most common cause is Alzheimer’s – music is an important way for carers, family and friends to connect with them and enhance quality of life. Music can help reduce isolation and support communication for people with the condition and those who care for them. Twenty years of academic research indicate it can even reduce the need for medication.

Music for Dementia is the award winning, cross-sector campaign to make music a standard part of dementia care. In World Alzheimer’s Month, it’s encouraging people to listen to 30 minutes of music a week with a loved one, and experience the power of music.

Music for the soul

Christopher Eccleston, who’s memoir, “I Love The Bones of You” focused on the actor’s late father Ronnie’s living with dementia says: “Music has the power to communicate to us on direct and subliminal levels. It can take us places. It can be transformative. It has a unique power of its own and within that, the power to comfort those who may be confused or in the grip of this destructive disease. I fully support and endorse the work being done through #powerof30”.

The vast majority of people in the UK understand the need for human connection. When that is affected by conditions such as dementia, music plays a vital role in keeping people connected. In research conducted by Opinium for Music for Dementia, 78% said spending time with loved ones is the most important factor in maintaining wellbeing among UK adults and 62% highlighted the importance of social interaction. Encouragingly, a further 71% believed those who are ill or unwell should be able to engage with music as part of their treatment; whether they have dementia or not.

Over half of us know someone with dementia

In the UK, dementia is more common than many people would believe and lots of people have loved ones living with dementia or know somebody living with the condition. It affects one in 14 people over the age of 65 and one in six over 80.

Over half of us (53%) know somebody with dementia whether that’s through a loved one (26%) or somebody they know well (17%). In addition, one in five (22%) know a friend who has dementia and 48% of those who know someone with dementia say music is or was important to their wellbeing.

The power of music in dementia care

Grace Meadows, Campaign Director at Music for Dementia said: “Music can be hugely beneficial to people living with Alzheimer’s or other forms of dementia as it has the power to enliven, stimulate and enable people to express themselves.

“Our #powerof30 campaign aims to help people make connections again. Musical services have been severely impacted in the last 18 months, meaning many people living with dementia and their carers have lost those important connections and special moments that music, uniquely, provides – but we can all use music to help create those connections and make a difference to people’s lives.

Professor Helen Odell-Miller OBE Director of the Cambridge Institute for Music Therapy Research at Anglia Ruskin University said “Just 30 minutes shared music a week during daily life and normal routines, at home or outside in the nearby environment, will make a difference to quality of life. Research shows that shared music-making and listening to music can help reduce anxiety and depression.”

Sign up here to support the power of music in dementia care: www.musicfordementia.org.uk/powerofmusic

Download the Five ways to use music leaflet for handy tips on how to make music part of the day in your care setting. 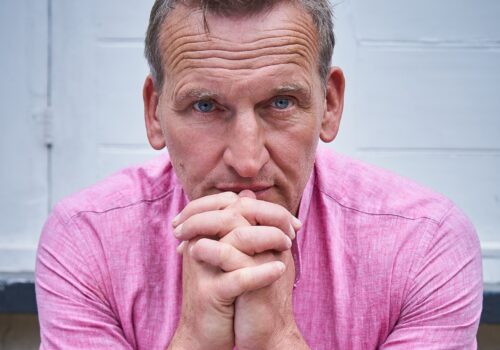