A Right Royal Day At The Park for Care Home Residents

Residents from both Abbeyfield Kent’s Gravesend residential homes, Edward Moore House and Dene Holm embraced the sunshine and took a trip to Greenwich Park for a picnic.
The group of residents made the most of the warm weather by heading out in the glorious sunshine on Monday 18th July. Every year millions of Londoners and tourists visit Greenwich Park, one of the capital’s eight Royal Parks and residents were keen to see what all the fuss was about.

Situated on top of a hill, the residents tucked into their picnic whilst enjoying sweeping views across the River Thames to St Paul’s Cathedral and beyond. Luckily for them, they chose a beautifully sunny day which allowed them unrestricted views of London which got them all chatting and reminiscing of how things had changed since they were young. 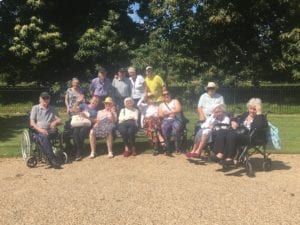 “We had such a wonderful day at Greenwich Park today, the residents loved every second and the views really made the day for some of them. It was such a talking point as many of them lived or worked in the area when they were younger” said Christine Hutchinson, Home Manager of Dene Holm and Edward Moore House.

The residents cooled off before the trip home with some delicious ice creams and are already deciding which Royal Park to visit next. 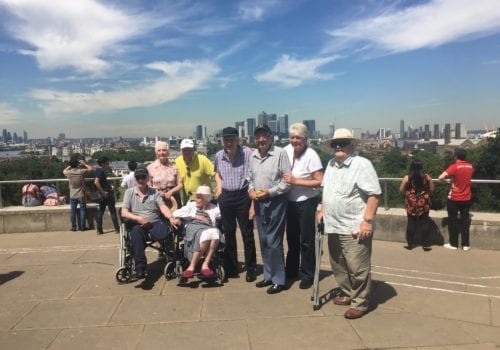