Supporting a couple in need

When Sheila Winterton’s husband Derek developed dementia in 2008 she cared for him at home. However his increasingly challenging behavior meant Shelia had to find help to get her life and their relationship back. Derek has been at Clifden House Dementia Care Centre, Seaford for the last 18 months. This is their story.

Sheila Winterton, 76 and her husband Derek, 80, married in 1959. They’ve lived in Eastbourne all their lives where they raised their son and daughter. Sheila worked in a care home, Derek worked as lift engineer.

“It was about 2007 when people started noticing a change in Derek,” said Sheila. “It was small things initially. For example when we went out for a coffee together he would order two of each. Or he’d put the cutlery back in the tray but it would all be the wrong way round. Sometimes he’d make a cup of tea and it would be cold, or he’d make it with milk one day and without the next.” 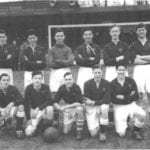 “Getting a diagnosis made it easier in a way because we knew what we were dealing with. But at the same time it was hard to accept as he’d always been very active – mentally and physically.”

They had support from family and friends and initially the couple carried on as before. “I wanted to keep things as normal as I could, for as long as I could,” she said. 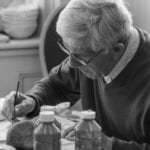 About two years ago, Derek’s behaviour started to change and he became aggressive towards Sheila. “It was at this point that I started to find it difficult to cope,” she says. “You don’t know anything about dementia until you’ve had to deal with it yourself on a daily basis. You’ve got to be there 24/7. It’s not a straightforward disease.”

He had some respite care initially and it was at that point that they decided as a family that Derek needed specialist care on a more permanent basis.

“It was an awful decision – one of the hardest I’ve ever had to make – we’ve been together 60 years.”

“A friend recommended Clifden House,” said Sheila. “It’s big and open, and they allow their residents the freedom to walk around and get involved, but the security of someone being with them. Derek is a wanderer so that suits him.”

“You get a feeling for a place when you visit. We got a good feeling about Clifden House. It’s got a relaxed atmosphere, where the residents live and engage rather than exist. The staff are welcoming and genuinely care.” 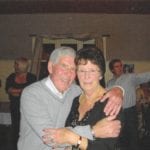 “Now when I visit Derek we have quality time together. It is a relief that I am not solely responsible for his wellbeing and safety any more. Of course, as is the nature of dementia, sometimes the visits aren’t always positive – Derek may be having a bad day, but on the good days I make the most of it.

“I wouldn’t want to move him. He’s settled. The staff know him. But more importantly, they treat him with dignity and respect. Derek can be challenging, but Clifden House has the expertise to manage this. Although this has been a difficult time for Derek and me, we feel strongly that we have made the best decision for us all as a family.” 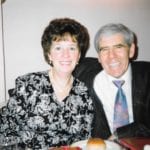 Sheila is currently involved with MODEM (modelling outcome and cost impacts of interventions for dementia). A nationwide studythat looks at ways in which society can provide high quality support and treatment for people with dementia, in an affordable way.

“MODEM approached me to see if I wanted to be involved in this research project. Every little bit helps to try and further our understanding of dementia. If this helps achieve that and help other people then it will be of great benefit to us all. You don’t know anything about dementia until you’ve had to cope with seeing a loved one suffer with the disease.”

Clifden House manager Nial Joyce said: “Sheila’s story is very representative of the individuals and families we support at Clifden House. As a care centre, we focus on providing support for the individual with dementia, but supportingc couples and families who are dealing with its impact goes hand in hand with this. We aim to allow them to regain their role as life partner and loving family member, and allow us to take on the caring role. In this way it is possible for all involved to live a full, active and loving life whilst dealing with the often difficult impact of this disease.” 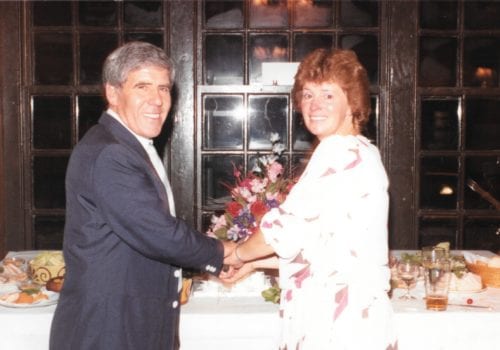